FLIM LABS is an Italian startup active in the field of fluorescence lifetime spectroscopy and imaging since 2019. FLIM LABS was founded by Alessandro Rossetta, Ph.D. in Bioengineering and current CEO of the company. The project took its first steps from the ‘PRE-SEED’ European funds and it steadily grew until today, achieving important recognition from different institutions, such as the Regione Lazio BoostYourIdeas contest of 2021, Regione Emilia Romagna and SMAU 2022 technology accelerator program.

FLIM LABS’ mission is to provide reliable and user-friendly photon-counting instrumentation able to acquire and process fluorescence lifetime data in real time. Its goal is to further develop state-of-the-art technology into an instrumentation that is practical, plug-n-play and extremely easy to use and upgrade. The company creates its products in conjunction with AI-driven data analysis, giving access to a streamlined evaluation of the results.

FLIM LABS represents one of the very few companies that develop and produce technological components specifically designed to perform experiments based on fluorescence lifetime. The company advocates for a technology that is affordable and simple: the aim is to unlock the doors of FLIM technology to a larger number of scientists and researchers willing to put in place new experiments and applications by using FLIM as a key information.

Alessandro Rossetta is CEO & founder of FLIM LABS. He earned his MSc in Biomedical Engineering in 2016 at University of California, Irvine, where he worked with  Prof. Enrico Gratton on the design of instruments capable of acquiring and processing fluorescence-lifetime signals.

After moving back to Italy, in the same year Alessandro realized that fluorescence lifetime imaging (FLIM) instruments could be improved and further developed. Hence, he started working from scratch on a newer implementation, with the goal of creating an innovative series of tools for the detection of fluorescent light and its data analysis.

Only two years after his fresh start, at the beginning of 2018 a new generation of FLIM instruments was ready to see the light and take the first steps into the real world.

Bearing in mind the idea of paving the way for a new way of doing FLIM, Alessandro decided that it was time to get validation for his technology and, therefore, applied for PRE-SEED European funds of Regione Lazio in 2018. He placed himself among the winners of this call, winning and granting the funding at the end of 2018. His brainchild FLIM LABS was then ready to start its engines.

Right after the official start of FLIM LABS, Alessandro enrolled in a Ph.D. course in Bioengineering at the University of Genoa, Italy, in collaboration with the Italian Institute of Technology, Italy. Under the supervision of Dr. Giuseppe Vicidomini and Prof. Alberto Diaspro, he carried out a three-year project that he successfully defended in April 2022.

Since 2019, FLIM LABS has been a tech start-up active in the field of fluorescence lifetime imaging microscopy and spectroscopy, with solid academic collaborations worldwide and consistent recognition from different institutions and competitions. 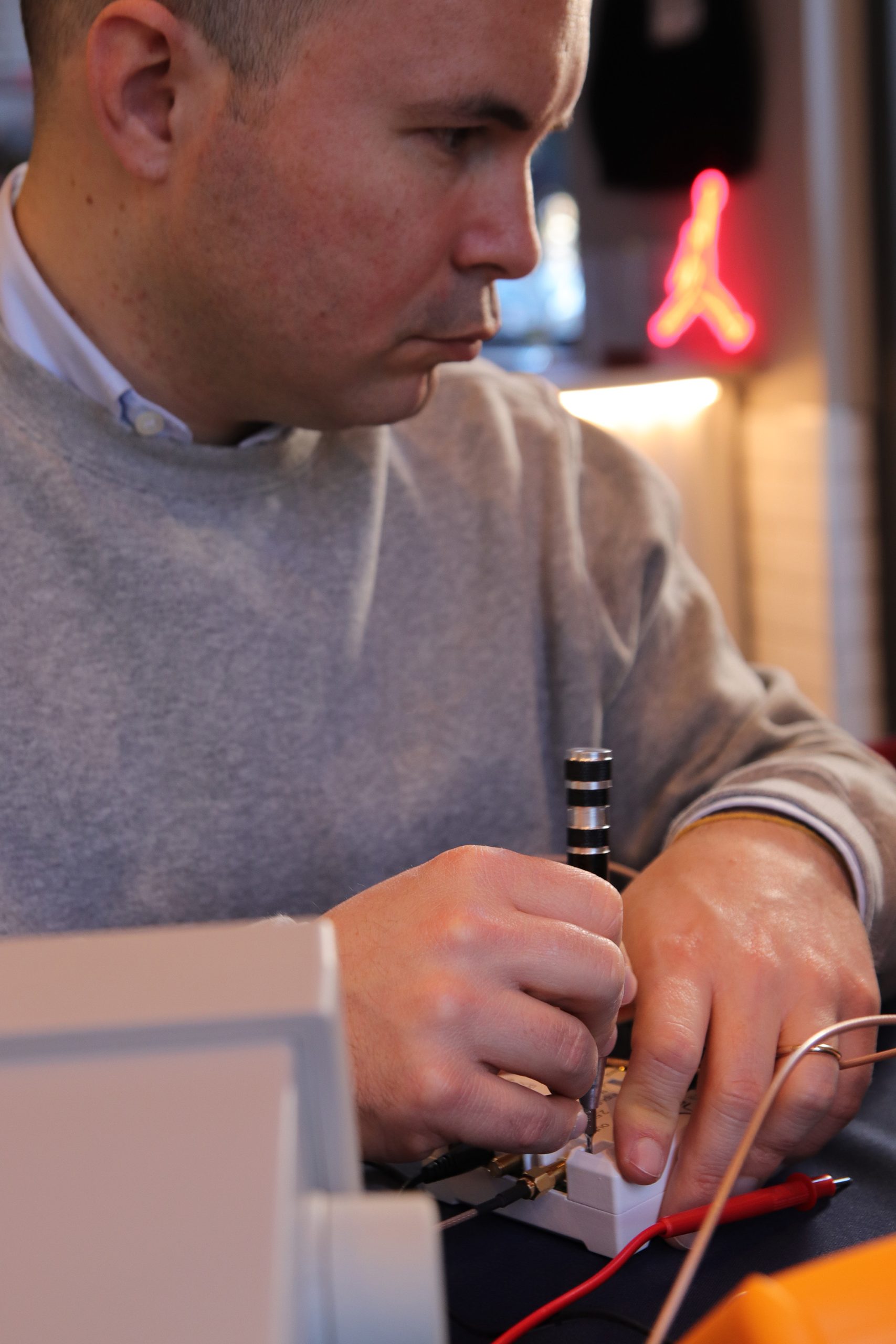 Marco Casadei, Ph.D.
Dr. Marco Casadei is a data scientist with a background in artificial intelligence and computational physics. He gained his Ph.D. in Physics from Freie Universität in Berlin and he carried out a postdoc at UCL in Brussel. He takes care of AI algorithms development and grant writing.

Gianluigi Montanari, MS
Dr. Gianluigi Montanari is a key FLIM LABS associate. With a solid background in economics and business analysis, Dr. Montanari is responsible for raising capitals and assessing company growth. He also has an active role in the definition of the business plan as well as its financial and commercial aspects.

BSA Group
BSA group is a multidisciplinary network with a long-standing experience in business consulting and venture. They effectively support and mentor FLIM LABS for a large variety of decisions, providing a complete accountant service in different aspects of the company management.

Barzanò & Zanardo
Barzanò & Zanardo is one of the main Italian and European experts in IP consultancy, with expertise in providing advice for any kind if Intellectual Property matters. Since the very beginning, they worked with FLIM LABS for the protection of creative and innovative works.

We use cookies on our website to give you the most relevant experience by remembering your preferences and repeat visits. By clicking “Accept All”, you consent to the use of ALL the cookies. However, you may visit "Cookie Settings" to provide a controlled consent.
Cookie SettingsAccept All
Manage consent

This website uses cookies to improve your experience while you navigate through the website. Out of these, the cookies that are categorized as necessary are stored on your browser as they are essential for the working of basic functionalities of the website. We also use third-party cookies that help us analyze and understand how you use this website. These cookies will be stored in your browser only with your consent. You also have the option to opt-out of these cookies. But opting out of some of these cookies may affect your browsing experience.
Necessary Always Enabled
Necessary cookies are absolutely essential for the website to function properly. These cookies ensure basic functionalities and security features of the website, anonymously.
Functional
Functional cookies help to perform certain functionalities like sharing the content of the website on social media platforms, collect feedbacks, and other third-party features.
Performance
Performance cookies are used to understand and analyze the key performance indexes of the website which helps in delivering a better user experience for the visitors.
Analytics
Analytical cookies are used to understand how visitors interact with the website. These cookies help provide information on metrics the number of visitors, bounce rate, traffic source, etc.
Advertisement
Advertisement cookies are used to provide visitors with relevant ads and marketing campaigns. These cookies track visitors across websites and collect information to provide customized ads.
Others
Other uncategorized cookies are those that are being analyzed and have not been classified into a category as yet.
SAVE & ACCEPT